The so-called Pandas DataFrame is kind of a representation of tables in Python, which has – similar to a 2D NumPy array – rows and columns, that can be directly accessed via their column names, called key (similar to the keys of dictionaries), instead of using an index value (which is also possible). The Pandas DataFrame comes with the Pandas package: pandas.pydata.org/docs ꜛ.

The scope of what we can do with Pandas is huge. Originally from the financial world, Pandas offers powerful spreadsheet tools (labeled columns and rows, descriptive statistics, pivoting, filtering and grouping, built-in plot functions - just to name a few). We can not go into detail here, but we will make use of Pandas’ very handy Excel file import function pd.read_excel(path_to_file, index_col=0):

The two Excel files are imported as DataFrames into Group_A_df and Group_B_df, respectively. Next, we extract the DataFrame data into two NumPy arrays:

We can apply any operation to the two NumPy arrays Group_A and Group_B, that we have previously learned in the NumPy chapter. By redefining our previous plot script from the Matplotlib chapter (Exercise 2 there), we are able to re-run the entire script, now applied to the imported Excel data: 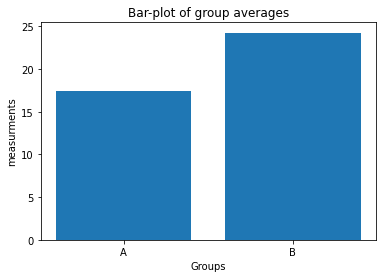 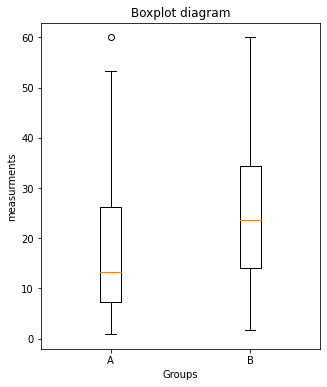 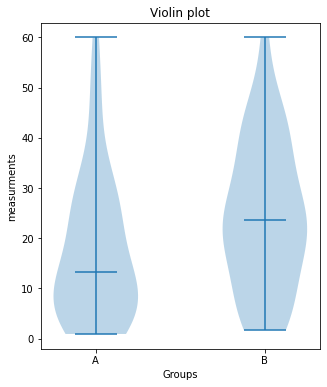