“IDE” what? Wikipedia defines it as follows:

Hence, an IDE mainly consists of a source code editor, build automation tools (e.g., integrated in a terminal/console) and a debugger.

there are also online solutions like Google Colab ꜛ:

But in principle, you can use any text editor and the terminal/console of your operating system (with an installed Python version).

In this course, we will use Anaconda:

We will install some additional packages first, which we will need throughout our course: 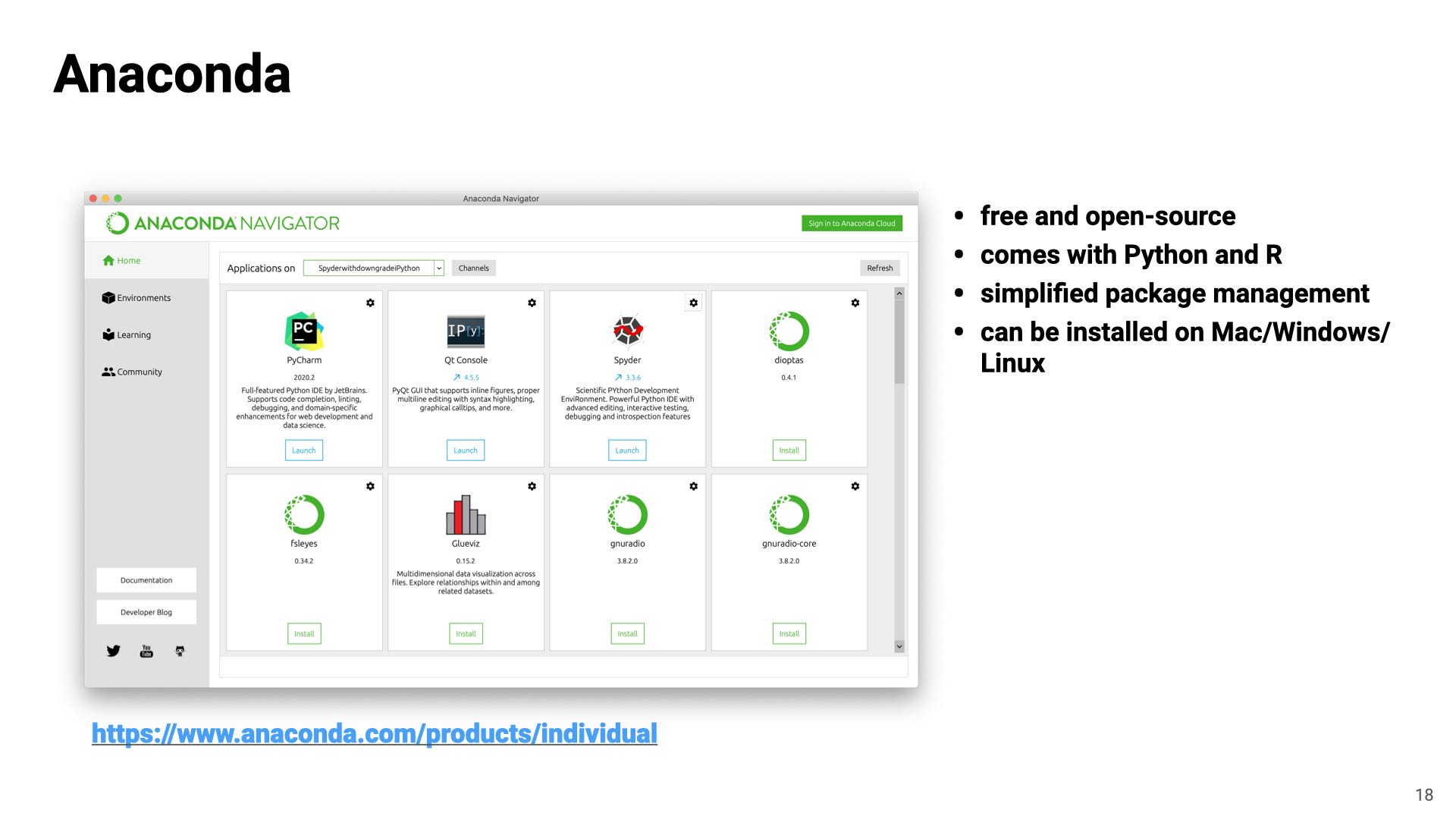 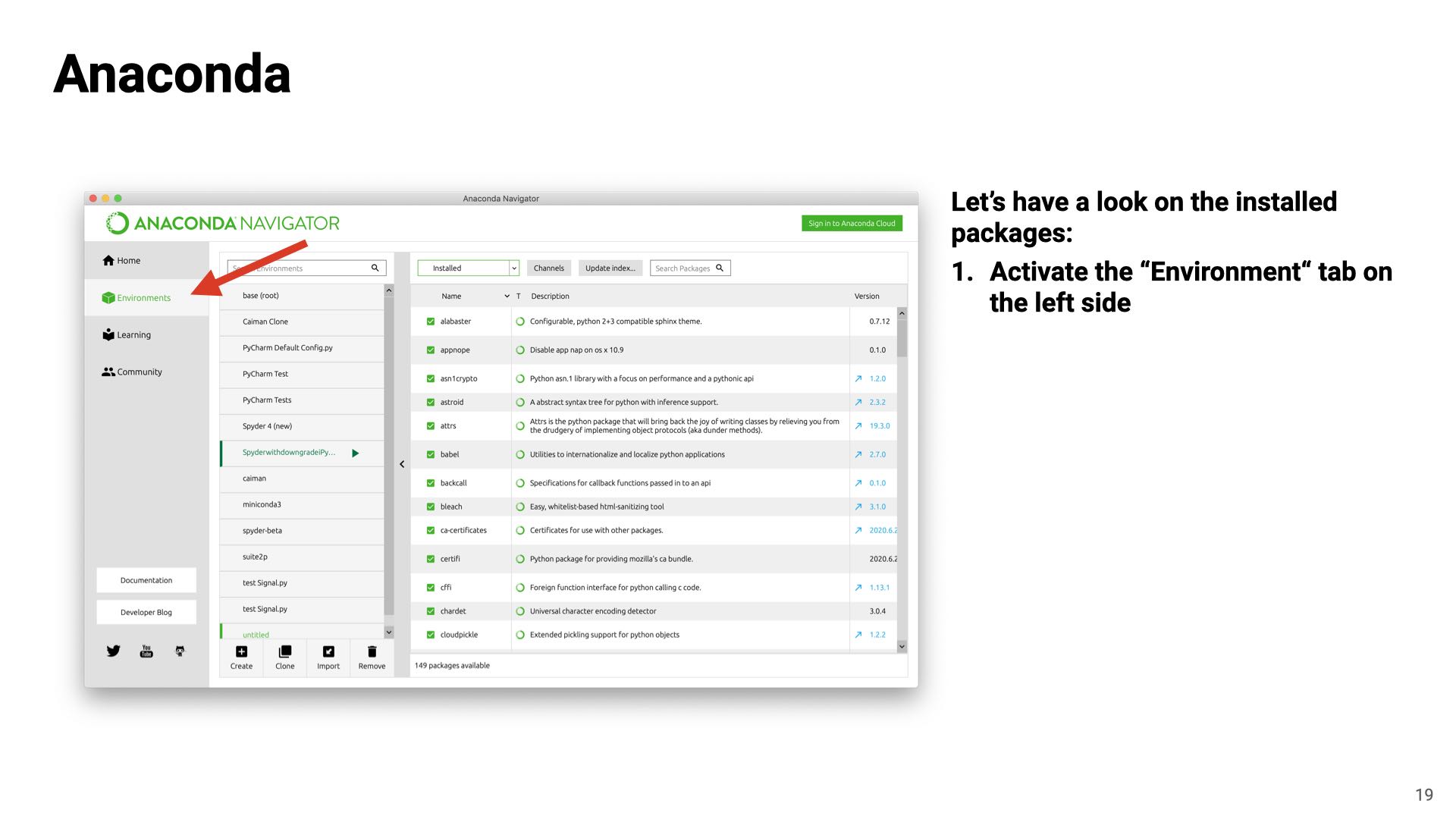 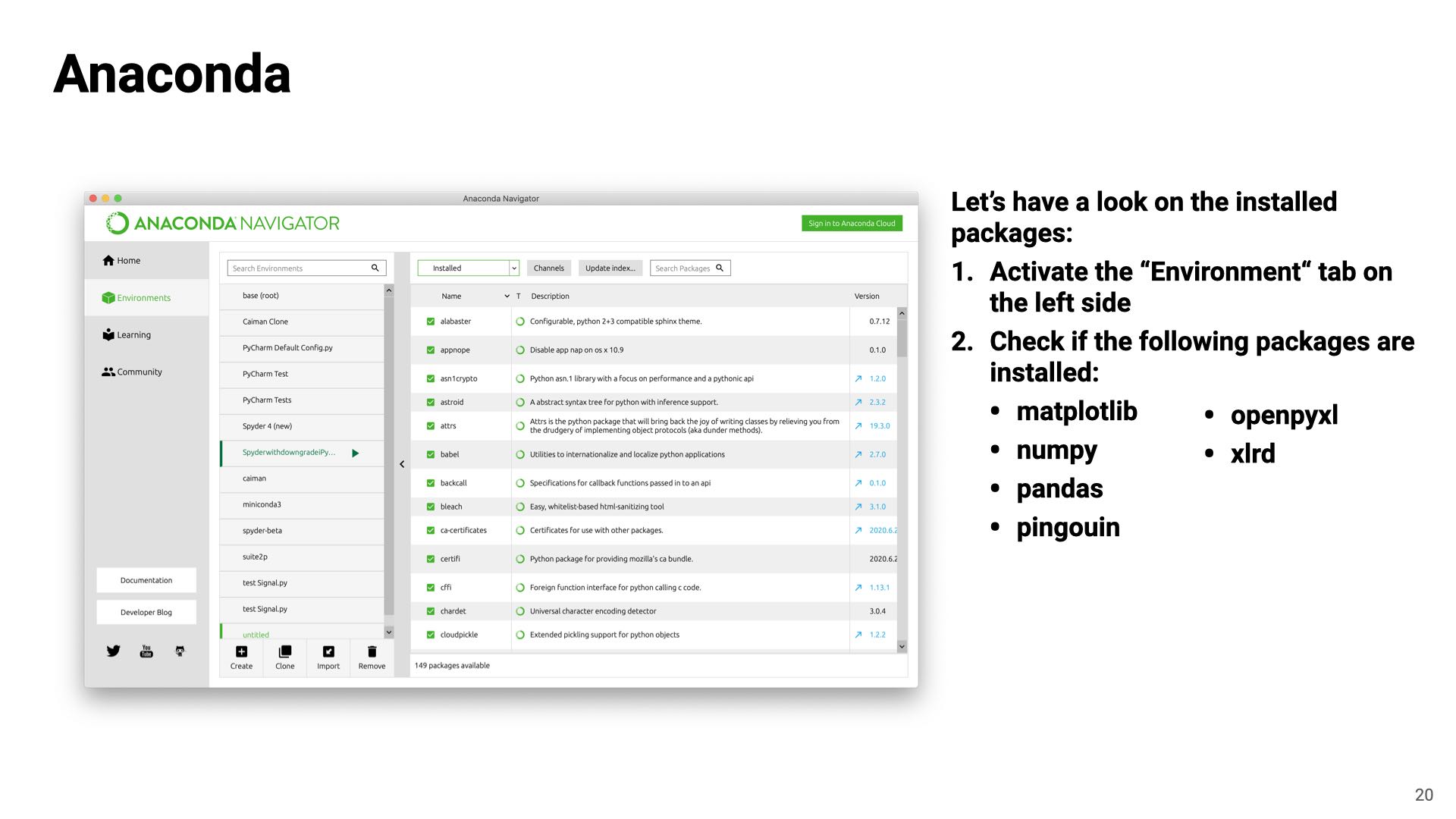 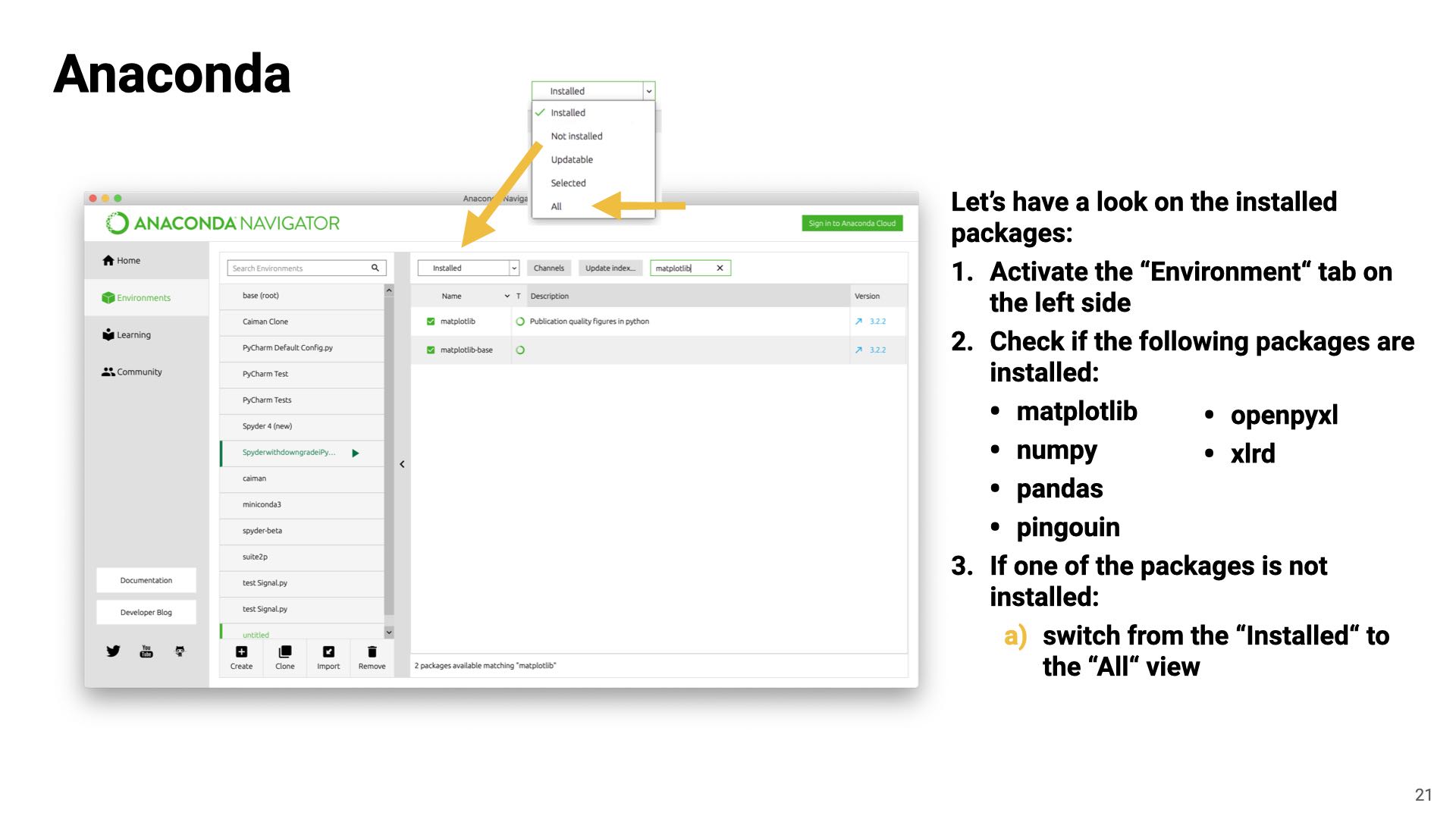 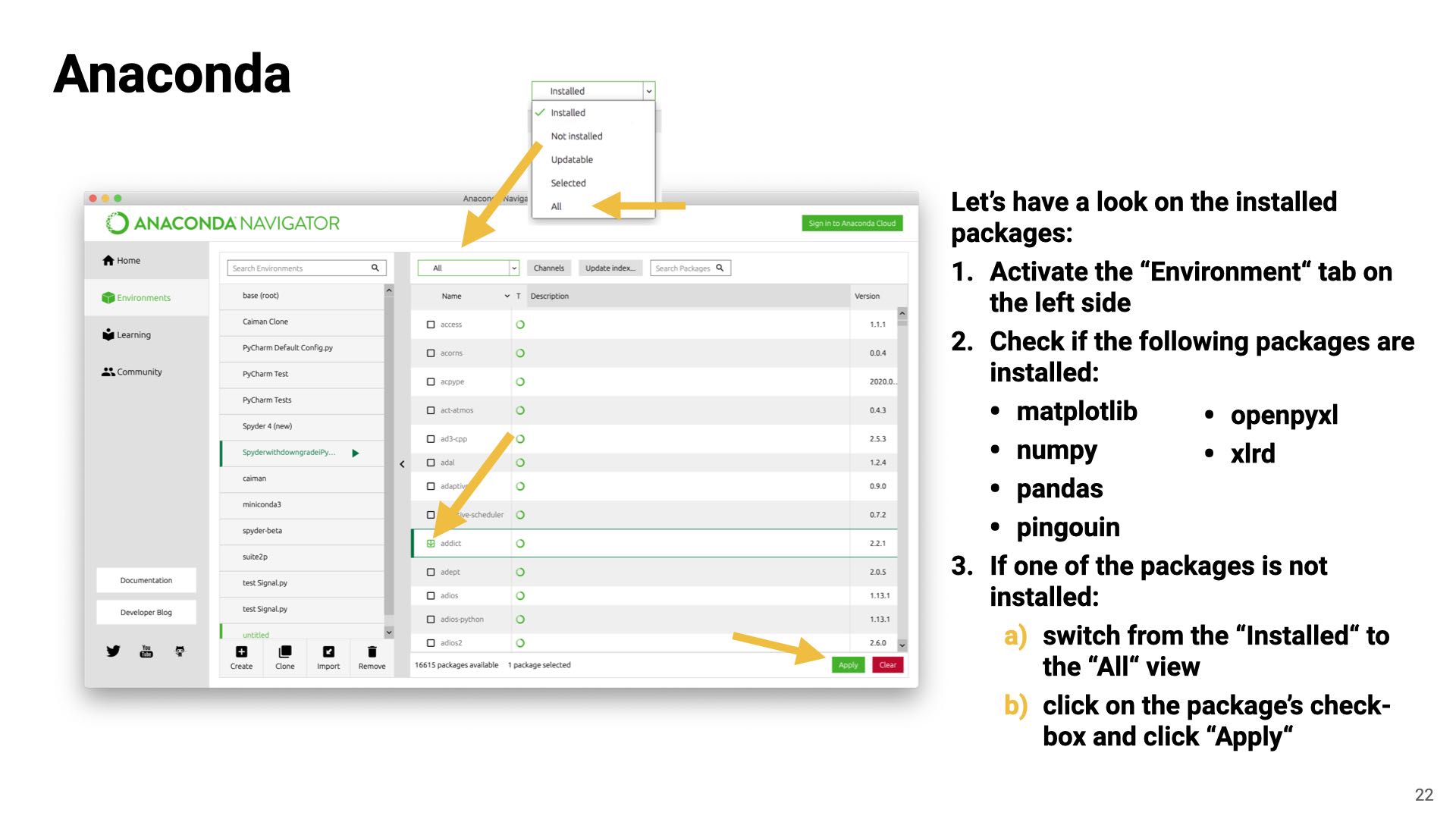 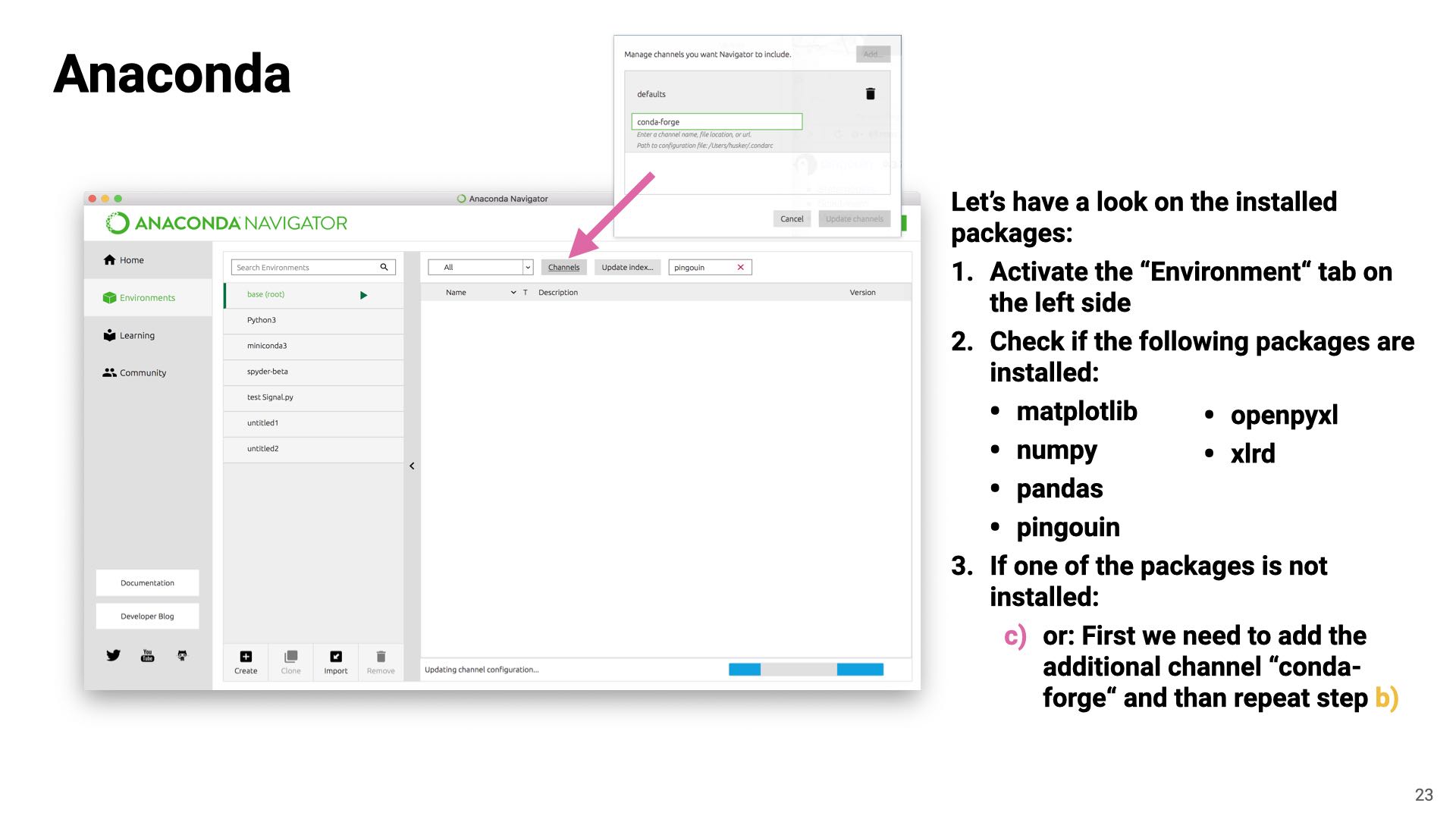 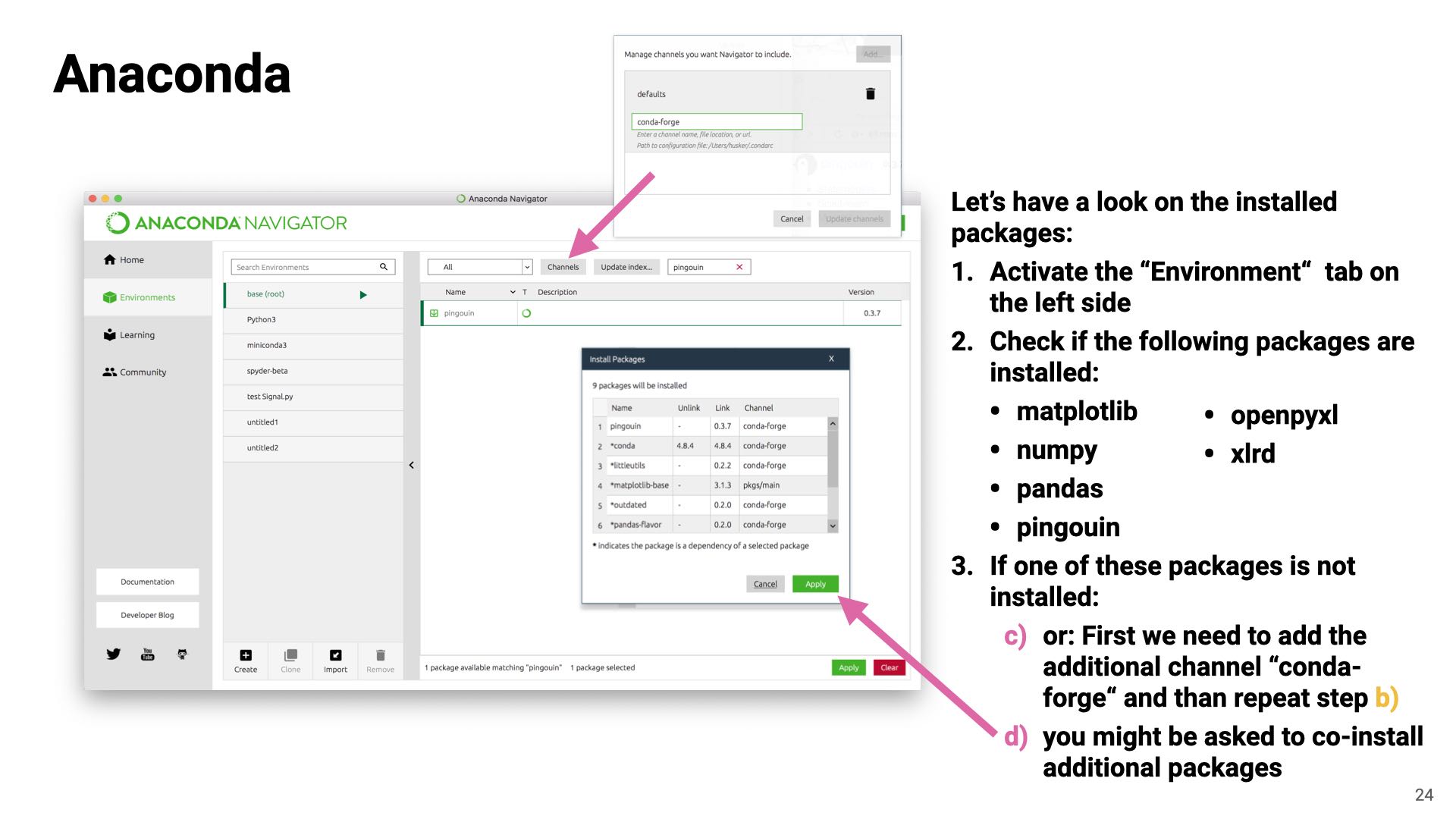 Please, follow the instructions on the slides above and install the following additional packages – either during the course or in preparation of part II at home (also see voluntary homework):

Some of these packages will not be listed at first glance. If this happens, you need to add the additional channel conda-forge. Also here, please follow the instruction on the slides

Type your first Python commands into the console:

Click on the Variable explorer and define your first variables in the Console:

Type the following code into the editor and hit the Run file button:

Change b to 20 and re-run your script.

Note, that the variable b will be updated in the Variable explorer

You can also define variables with text (“strings“):

In Python, you have two options to add comments to your code:

General usage suggestions for comments: Where appropriate, use as many comments as possible: comment you changes and add-ons to your code, explain your code (to yourself and to colleagues and potential other users of your code), describe the units of the variables that you use, note down to-do’s and infos, if something is not working yet, etc. Your future self will thank you for that.

Besides comments, we can further structure our code by introducing code cell:

General suggestions for code cell: You can use code cells to separate, e.g., the variable definition part, your main algorithm and a potential plot command section from each other.

After all these first commands, your Spyder window might look similar to the following screenshot: